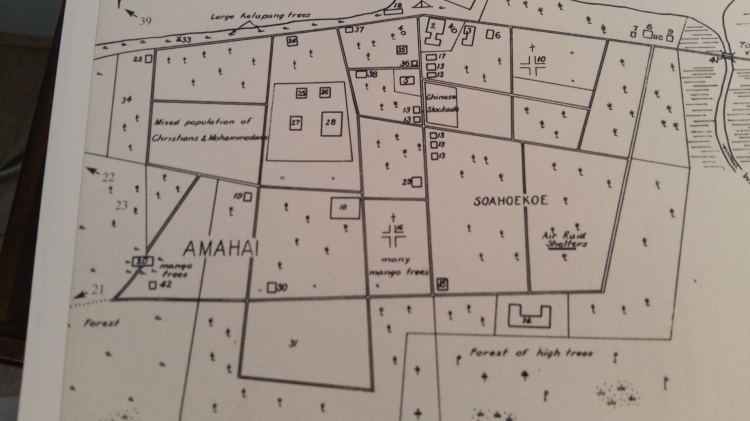 This hospital was founded about 1906 at Amahei (Ambon). It was a public hospital,which meant that its personnel was appointed by the Government. The  Gouvernementsbesluit of 11th August 1906 nr. 3 is about the appointment of personnel.The hospital was mentioned in the Regeeringsalmanak 1920, part I too. In one of the maps of the Grote Atlas van Nederlands Oost Indië (Comprehensive Atlas of the Netherlands East Indies), a town-plan of Amahei is presented (p.418) on which a hospital is marked. The map is from December 1943 and presents the situation of April  1942..

Amahai was a subdepartment of the department Amboina of the Residency of the Moluccas.It was the southern part of Central Ceram and had 16,000 inhabitants, of whom 43 Europeans and 220 Chinese (Gonggryp 1934, 20).